Financial Fix: Woman-Run Businesses Lead Growth in Arizona and Beyond

The past decade has seen an explosion of growth among women-owned businesses both in Arizona and across the US, creating a more diverse and inclusive economy. According to the Women’s Business Enterprise National Council, women-led firms in the US grew by 58%  since 2007, compared to businesses overall at 12%, while contributing over $3 trillion in economic impact.

In Arizona, we experienced even more impressive growth, as women-owned businesses grew by 32.1%, compared to 1.7% among all businesses. Women now own 38.6% of all businesses in Tucson. That’s higher than both the national and state average.

While a diverse group of women contributed to the burgeoning business growth over the past decade, Hispanic women played an outsize role in Arizona and Tucson. Arizona boasted a higher rate of Hispanic female-owned businesses than the national average, with 46.7% of Hispanic businesses owned by women compared to 44.5% nationwide, according to Make Action Possible for Southern Arizona.

Of course, demographics account for some of the Hispanic-led growth, but education also serves as an economic driver. From 2010 to 2015, Latino high school graduation rates increased by 20% and Latino college graduation rates increased by 40%, according to the latest DATOS report, compiled by the Arizona Hispanic Chamber of Commerce (AZHCC). As Hispanics in the state attain higher levels of education, they are more likely to launch their own enterprises and help fuel the economy.

James Garcia, director of communications and strategic public policy with the AZHCC, also credits the 2008 economic recession as an unlikely catalyst for Hispanic women’s business growth. The recession set off unprecedented numbers of layoffs and resulted in record-high unemployment. Rather than flounder in a tough job market, Arizona’s Hispanic women chose to venture out on their own.

Despite the tremendous growth, Arizona’s female entrepreneurs still face challenges, such as access to funding and revenue growth.

Fortunately, there are a number of organizations and programs aimed at setting female business owners up for success. Some examples include the Fuerza Local Accelerator from Local First Arizona and the Amber Grant for Women, which grants $2,000 each month or an annual grant of $25,000 to individuals selected by the organization’s judges.

Mentorships also provide an opportunity to gain valuable insight from experienced business leaders. A survey by the Small Firms Economic Development Initiative found that 70% of small businesses who received mentoring survived their first five years, compared to just 35% who didn’t have mentors.

Organizations like SCORE of Southern Arizona and the National Association of Women Business Owners (NAWBO) have a network of seasoned business owners eager to share their expertise. If you are a business owner, you should consider becoming a mentor to help strengthen your local business community and keep the woman entrepreneur momentum going.

The success of women-led businesses isn’t just a victory for women. It’s a victory for the entire community. When more women decide to open their own businesses, they expand economic opportunities and serve as an inspiration for others to own their financial success. 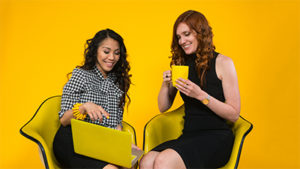 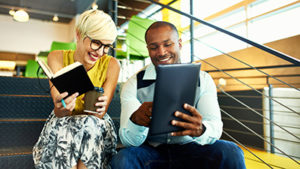 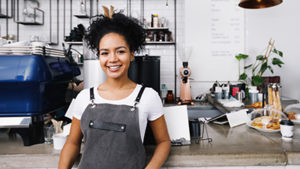 How Businesses Use Credit