Does Money Buy Happiness? It Depends on How You Use It

The question of whether money can buy happiness has been around about as long as the concept of money itself, influencing countless articles, books, and songs. Maybe money can’t buy us love—but can it help us lead a meaningful life?

Since the 1960s, vast reams of literature have been written about the psychology of happiness, and, in recent years, social psychology has taken on the task of discovering if money could be a prime driver of happiness. It turns out that it depends less on how much you have and more on how you use it.

Money can buy (some) happiness

Happiness differs from person to person so it’s difficult to measure or construct a truly scientific study on the causes of happiness. But the field of happiness research has advanced enough to where a number of comprehensive surveys have discovered some surprising conclusions.

One of the best known and widely circulated studies on money and happiness comes from a 2016 paper from Case Western University. In this study, researchers did find a correlation between happiness and making more money. However, the increase in happiness only occurred for those earning less than around $200,000 per year. Past that point, there was no noticeable decrease in negative emotion upon earning more money.

According to the study, the decreases in negative emotion slowed down at around $80,000 per year. In addition, the study found a dollar change in income had an eight times higher effect for those in the bottom 20% of earners (about $18,500 and below) than those in the top 20% ($92,000 and above).

To put it simply, those with less money were happier after getting a raise—which will be unsurprising to you, if you’ve ever struggled to make ends meet. But once a person achieves economic security, the happiness boost wears off.

Wealth isn’t important in its own right

Money can buy us better healthcare, nutrition, a more satisfying job, better schools, and safer neighborhoods. But these things don’t necessarily lead to happiness. After a certain point, the burdens of having money may offset the perks.

A study conducted by an international team of scientists in 2010 surveyed employees of the University of Liége in Belgium to analyze how money impacts happiness. They found that the wealthier the worker, the less they were able to enjoy positive experiences.

The researchers concluded that since the wealthiest were easily able to afford the best of everything—food, wine, clothing, travel—they had a difficult time maintaining the same rush of happiness that people get from purchasing luxury items.

Money is better spent on experiences

A common theme running through the various studies on money and happiness is that it matters less about how much money you have and more about how you spend it.

Part of the reason why experiences cause more happiness is that they’re shared with others. Even if you travel alone, you interact with dozens of people from different backgrounds and cultures, and these interactions help enrich your relationships to people, which have been shown to be the key to a happy and meaningful life.

Spending on experience also leads to a larger conclusion: Money can’t buy happiness, but it can buy time. As any busy person knows, more time can equal more happiness.

A study led by Harvard Business School professor Ashley Whillans gave money to two different groups of students. One group was instructed to buy something for themselves, while the other was asked to pay someone to perform a hated task, such as laundry or cleaning the house. The second group ended up being happier, according to surveys following the experiment. The scientists concluded that having time freed up from a hated task enabled the participants to focus on doing something that they enjoyed.

Money is best spent on others

So far, we’ve determined that spending on personal experiences causes more happiness than spending on material things. But what about buying things for other people?

According to researcher Elizabeth Dunn, spending money on others provides a higher boost in happiness than spending on ourselves. In one experiment, Dunn’s team first asked a group of college students about their own happiness, then gave them money. The students were then split into two groups. One was told to spend the money on themselves while the other was told to spend it on someone else. Dunn’s team found that the group who spent money on others reported more increased levels of happiness than the other group.

Spending on others makes us happy partly because it helps us develop personal relationships with our friends, family, and community. Quality relationships have repeatedly been shown to contribute largely to one’s quality of life.

The importance of relationships is a primary reason why Vantage West Credit Union has made community service a major pillar of our mission. While we’re in business to help our Members thrive financially, we understand that real relationships with our Members and our surrounding communities lead to overall success and fulfillment, both for people and organizations.

And being engaged with others doesn’t just cause happiness. In a 2009 TED talk, Nat Geo writer Dan Buettner studied so-called “blue zones,” or places where it’s common for people to live past age 100. Among a number of other commonalities, Buettner found that spending time connecting with family and community contributed to these individuals’ longevity.

It turns out that engaging with our community not only keeps you happy, but also keeps you living.

So, does money buy happiness? Yes and no, it turns out. Up to a certain point, money can indeed make us feel happy, at least until we’re financially secure. However, basing your life on how much money and things you can attain isn’t the best path to happiness, as the thrill of getting more eventually wears off.

More important is how we spend our money, as experts say that money can best lead to happiness if we use it for personal experiences or spend it on others. The key takeaway here is that developing personal relationships creates more happiness than money itself. Money is simply a tool to buy us time and experiences so that we can enjoy them with others.

As more and more employers send their teams to work from home due to COVID-19, employees are adjusting to new ways of working. Here are some ways to help ease the transition. Read More
Home
4 min read 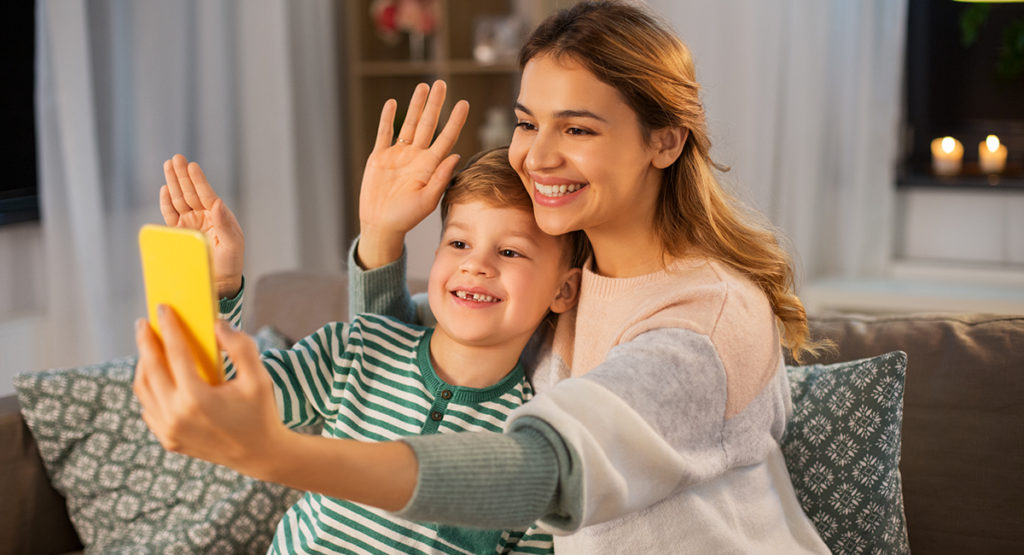 5 Ways to Take Care of Yourself During Quarantine

Don't forget to take care of yourself during the coronavirus pandemic. We have some tips to help your body and mind get what you might need in this time. Read More
Life Hacks
4 min read 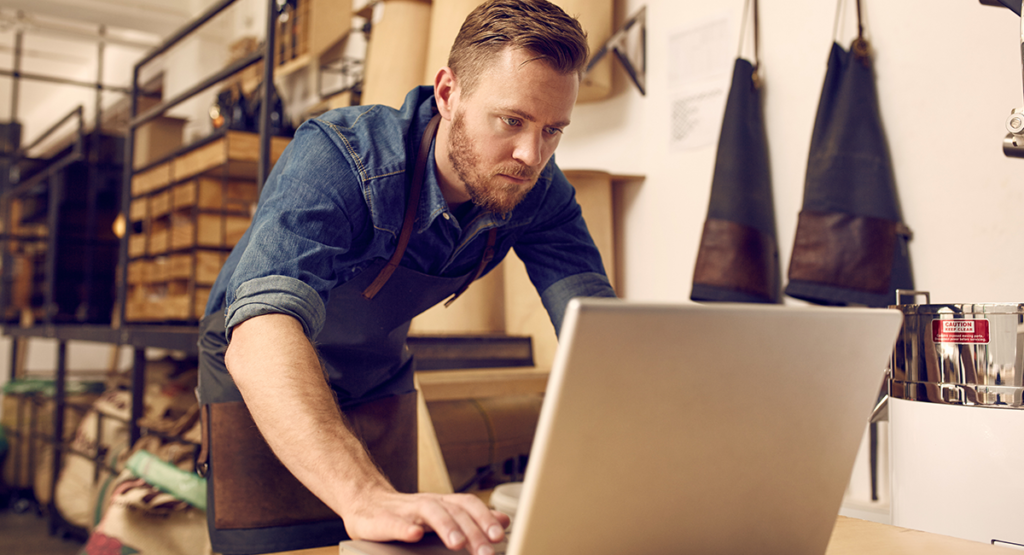 How to Support Local Businesses While Social Distancing 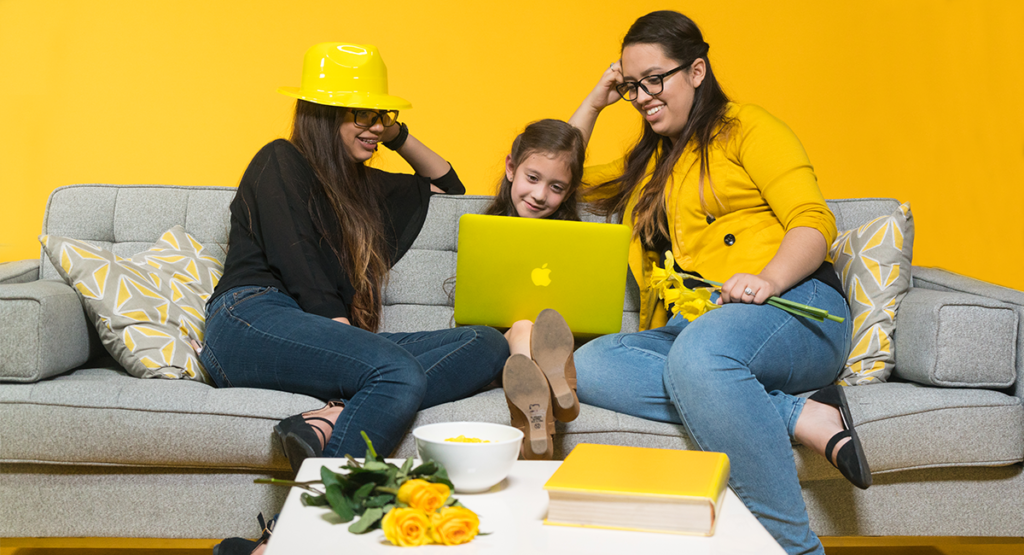 8 Ideas for Your Kids During Quarantine

Kids are home from school for the remainder of the school year. When the schoolwork is done or your children need a break, what do you do? We compiled this list of some of the resources and ideas to help you and your kids make the most out of your extra time at home. Read More
Life Hacks
5 min read
Glossary Term: Lorem (ipsum) dolor sit amet, consectetur adipiscing elit. Mauris id accumsan turpis, at tristique justo. Mauris eget eros congue, fermentum elit ut, finibus nisi.